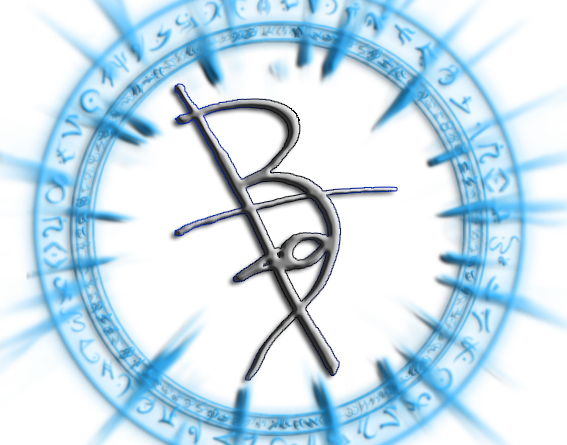 (This information comes from our Priestess’s seeking council with him)

Quotes… From the Testament of Solomon:

“15. And I questioned him, and said: “Who art thou?” The demon replied: “I am Beelzebub, the exarch of the demons. And all the demons have their chief seats close to me. And I it is who make manifest the apparition of each demon.” And he promised to bring to me in bonds all the unclean spirits. And I again glorified the God of heaven and earth, as I do always give thanks to him.

26. And I summoned again to stand before me Beelzeboul, the prince of demons, and I sat him down on a raised seat of honour, and said to him: “Why art thou alone, prince of the demons?” And he said to me: “Because I alone am left of the angels of heaven that came down. For I was first angel in the first heaven being entitled Beelzeboul. And now I control all those who are bound in Tartarus. But I too have a child, and he haunts the Red Sea. And on any suitable occasion he comes up to me again, being subject to me; and reveals to me what he has done, and I support him.

27. I Solomon said unto him: “Beelzeboul, what is thy employment?” And he answered me: “I destroy kings. I ally myself with foreign tyrants. And my own demons I set on to men, in order that the latter may believe in them and be lost. And the chosen servants of God, priests and faithful men, I excite unto desires for wicked sins, and evil heresies, and lawless deeds; and they obey me, and I bear them on to destruction. And I inspire men with envy, and [desire for] murder, and for wars and sodomy, and other evil things. And I will destroy the world.”

In this book Beelzebub is represented in a very Christian way and claims to cause destruction through tyrants, to cause demons to be worshipped among men, to excite priests to lust, to cause jealousies in cities and murders, and to bring on war. The Testament of Solomon is an Old work, suposedly written by King Solomon, who mostly describes particular demons whom he enslaved to help build the temple, and thus he is not represented in the best light due to this.

Demonosophers are totally opposed to the enslavement and commanding of the demons and the representation of the Dark Lords in such a light, and as such our research and experience with him has lead to a very different take. ”

Lord Beelzebub is a Lowborn Demonic Male who is ancient and incredibly powerful.  This Demon Lord is one of incredible statue and power.  A Imperial Royal Demon Commander he is incredibly ancient and powerful in both ability and distinguished honour.  He is revered for his skill throughout the demonic realms.  He is incredible.

Beelzebub first and foremost is a powerful protector and one who can cast and work incredible shields and wards of protection.  He keeps though who are under him safe from harm and he is very good at protecting those who are under him and making sure that they stay safe.  He is very strong and powerful and takes a very protective approach to those who are aligned with him.  When he appears he has a very strong and impressive presence that is commanding and should be respected.

He can assist with business as well and has an incredibly logical and organized mind when it comes to business and marketing and can help one to organize their lives and streamline their thoughts to create organized and efficient business plans that are easy to implement and execute.  He is very skilled in the realm of business and has a great deal of understanding of the mindset and the skills that are involved in running and building a successful business.

Being a Lowborn Demon he has a science side to him and has certain scientific areas that he specializes in.  Many demons have a wide variety of skills that cover the sciences as well as the arts and Beelzebub because of his age and understanding of the world he specializes in Microbiological sciences and the science of looking and organizing things that are alive.  The smaller particles of the world that live and give rise to all that we are.  How we are structured and aligned and how all our cells work together.  He has a vast amount of knowledge on how the body works and how all the cells fit and work together.

He is also very fascinated with the process of death and rebirth, which also makes sense as the Lowborn’s are very aligned with the Underworld realms and the transitions of death, life and rebirth.  His magicks revolve around death, and he has incredible understanding of curses and baneful magicks.  He has a deep understanding of bodies and thus he knows how to destroy them and bring them to ruin.  He can repair cells and also destroy them.  He likes studying the process of reanimation and medical sciences where they can seemingly bring the dead back to life.  As we progress in science we learn more about our bodies and can at times save people from the brink of death.  These topics Beelzebub is incredibly versed on.  He enjoys the process of decomposition as well and how cells are broken down.

He has incredible magicks in Death Magicks, Dark Magicks, Curses, Hexes, Banishings, and Cleansing and Transformations.  He sees the crossing of how Science and Magick are aligned and work together and are part of each other.

He is straight and has many wives and children and his house is one of incredible power and standing amongst the demonic realms.  He has many children and grandchildren and he is very devoted to his family.

Appearance : He is massive is size, incredible muscles and is very tall.  He has massive horns that span from his head.  He has black hair and Blue, Grey and Silver eyes that swirl.

Offerings we offer when working with him : He likes Death Metal and Symphonic Metal and Dark Classical Music.  For Tea he likes different kinds of oolong tea and pure oolong.  He also enjoys bones and taxidermy animals and pieces.  He likes scientific specimens like wet specimen jar.