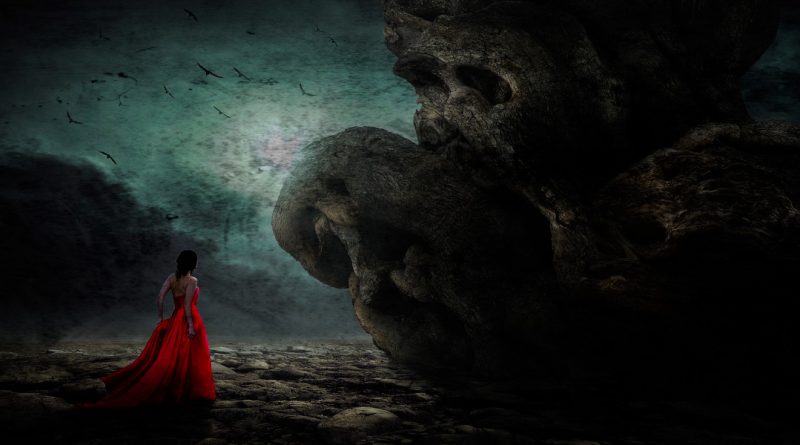 I have mentioned the Black Elements in some write ups and also some listings and I wanted to elaborate more on them as I know people have been asking about them.

They are incredibly powerful and incredible tools that one can use in their spiritual practises, they are elements that are aligned with the Dark Demonic Essence of the Outer Spiritual World.  They are not just shadows but of a black energy and powerful realms aligned with the demonic essence.

They all blend together and create a journey of transformation.  The Transformation through the black depth of the soul. It is powerful and incredible and actually I have uncovered them through many of my own personal spiritual journeys.  I am going to be writing more about them but I just wanted to answer your question as to what the black elements are.

The Black Ocean is the Eternal Ocean of the Abyss.

The Realm of Leviathan, here we call energies and powers from the eternal Abyss.  The Black Ocean is the element of the Abyss and the Element which flows form the core of the Abyssal Energies.  It is a place of raw and primal transformation and power.

The Black Ocean is empowered by emotional depth. In the layers of the Black Ocean, raw, emotional swelling happens and our emotions are amplified. Deep shadow work and healing comes from working with the Black Ocean.  It is the place where souls go to Die and be transformed by the Journey of the Deep.

It is deep emotional release and cleansing.  The stripping away of everything, revealing the raw and vulnerable.  The subconscious mind, the unspoken emotions, the secrets contained within.  Working with the Black Ocean is a Journey of Transformation and it is a Journey of Complete reengineering of the self.

There is vast emotional depth within.  It also is a place of violent and destructive capacity of the crushing depth.  The hollow core of the ocean floor and the eternal resting place of those who will be forgotten with time.  There is a sorrow and a depressing energy that can come from the Black Ocean.  Sorrow and darkness.

The destruction of the mind and the total annihilation of the self.  Here we are lost, forever adrift in nothing. Those who surrender and those who do not fight are claimed and join the nameless victims of the black ocean.  The ravenous consumption that knows no bounds.  It is a place of emotional turmoil and madness.  The insanity that comes from sinking. That crushing feeling that comes from the lungs burning as they fill with water.  Suffocation and asphyxiation.

The Darkness of the Black Ocean drives those to madness.  Isolation, deathly silent.  The madness of this place tests the strongest mind and challenges one’s internal resolve.  The consuming and crushing aspect of this element leads one adrift, sinking and waiting for their dark demise.

The Black Earth is Sacred in its essence.  The World and soil of the Necrosis Demons and the Many realms which are interwoven with our own.  There is a profound power that Rises form the Necrosis Realms.  The power to work with and weave vast deep creative energies.

The nurturing element of the black Earth is one of infinite growth and empowerment.  Those nourished by the power of the black Earth rise to greatness. They have to see the Greatness though and claim it.  The necrosis demons understand this and they understand the nurturing elements of the Black Earth.  The Black Earth is raw blood of life.  The Power of the Darkness. Infused with the Essence of the Black Demonic Energy.  She nurtures and awakens the power that is within one’s soul.

The Black Earth is an element of purification as it sucks the poisons form your body.  It is one of restoration and of strength and empowerment.  You will not heed and you will not fall.  The strength to stand will always be.  When they call to you though, and you answer, you are empowered and nourished in growth and awakening of your inner most power.

The Dark side of the Black Earth is pure Toxicity.  She is Toxic and a destroyer. The barren wasteland that will lay waste to all who tread upon her.  Sickness and decay flow through her.  The Necrosis demons understand the cycles and they understand that what once was thriving must corrode.

In various regions and realms the Trees grow black and bleed black blood.  They have been transformed.  Evil and sinister energies rise from the Black Earth.  It is an element that very few can handle.  Its journey and reach is far.  It reaches deep into the necrosis realm and due to its nature, it spread and reaches to various regions of the other realms.

There are very sinister places where the Black Earth contains twisted and strange powers that awaken dark pockets within. There is a transformational essence to it and one that if not handled with care, can be incredibly destructive and corrosive.

The Black Flames From the Dark Core of the Void

It is vast potential and growth.  It is infinite in its uses and it spreads within the soul and awakens the inner god.  What has limited us will be burned away and the Black Flame will empower and inspire the creative essence. It is the flames of creation and the flames of transformation. To walk with the black flame takes courage.

It is healing and awakening of the soul.  Those who are touched by its embrace have gone through the grueling and emotional trials to walk with the Flame.  The Black Flame is the power that is within. It is the power of God Potential.

One must take heed with the flames for like all things of the void they are temperamental and sinister.  They can incinerate those who try to handle them.  Those who are burned by the Black Flame lose pieces of themselves. They are lost to the ravenous nature of the void and they are left adrift.

They are the ash that scattered through the black depth and they exist as nothing.  The Black flame of the void ignites anger. It ignites the rage of the soul and it can lead one to commit terrible and horrendous acts.  Those who do not learn how to control their flame can be left psychopathic and psychotic with a desire for blood shed and violence that can never be sated.  Violence, destruction, elimination, these are all the temptations of the Black Flame.

The Black Flame is consuming and will burn and consume.  It is something that must be handled with great care.  Great abuse can come from embracing these energies.  True abuse that leaves you in complete ruin and destruction.  There is no healing from this abuse, there is not destruction, and that is what makes it beautiful.

The Black Air from the Raging Storms of the Tempest Mountains

The Black Air is known amongst the Tempest Demons.  The Rage and the violent madness of Divinity.  The untamed element that is wild and free.  Those who embrace the Black Air are set loose, their wild side unsheathed and their deep desires set loose.

They are free, stripped of all bonds or limitations, the Black Air is one of infinite possibilities. It is the place of dark creations and where the Dark Imagination rises.  The desires and callings of the soul are set loose and the world knows the voice of the Black Wind that Bellows over the mountain range. It will give courage to speak, and say what one dare not say and it will give the power of voice.

The living voice of the souls who have walked.  The divine connection, connection to the void and divinity in the same moment.  The profound enlightenment of ascension through divine darkness or desertion through void.  This is powerful energy and it causes profound metamorphosis of the being.

The Rage and the violent madness of Divinity.  Those who walk the paths are driven mad by its influence.  They are allured to surrender to the primal drive and they give into the violence of death and destruction. Storms rage and destroy all that stand in their way.

They are untamed and they have no prejudice of who they destroy.  They just obliterate and crush those in their path.  The mountains are the tombs of death.  They are the place where the damned go and where the forgotten are lost and frozen in time.  The destruction of the Air takes those and removes their reality.  It shrouds them in illusion and insecurity.  One will not know where they are or which way is up or down.

It is confusion, eternally drifting in nothing, broken.  Shattered and ruined.   Torture and Pain.  States of stagnation, one is bound and stuck.  Being bound in rigid and and righteous energies.  Forced and limited action.  Complete imprisonment of the self and imprisonment

The Black Ether of the Plutonian Mists

Its core is in the Spectral Realm for that is the Realm that moves between all realms as the Spectral Demons shift and converge The Mists of the dead.  The mists of eternal memory and reflection. The places where the dead go to feast and recover.  Profound ascension, desertion and deep transition from one state to another.

The Black Ether is a place of awakening and it is a place of facing the true shadows of your being.  The dead linger here. The dead speak and they demand to be heard.

The spectral demons have incredible grasp of  these concepts, the judgment that follows the dead and the places where the sinister souls gather.  The energies here can consume the mind and tempt one to torment and torture. It calls to the darkness in the heart and seeks to infuse its dark vision upon both the willing and the unwilling.

The energies of contrasting systems rush into you and destroy you. Complete destruction and ruin.  Dementia and loss of everything with the knowledge that all has been lost.  The torture of not knowing but knowing enough to know it has come.

The Elements are Incredibly Powerful to Work With.

This is a basic overview of my work with the Black Elements. It is simplistic but I will be releasing more in future posts and in our upcoming books.  There is a lot of unique topics that we are going to be exploring this year and a lot of incredible information that we will be releasing from our spiritual travels. Information that will help you all on both your spiritual paths and your physical paths. 2020 is an exciting year! It is an exciting time and we have so much more to come.