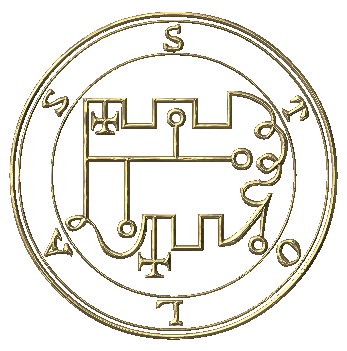 Demon of the Day … Prince Stolas or Stolos (Day Demon)

“The Thirty-sixth Spirit is Stolas, or Stolos. He is a Great and Powerful Prince, appearing in the Shape of a Mighty Raven at first before the Exorcist; but after he taketh the image of a Man. He teacheth the Art of Astronomy, and the Virtues of Herbs and Precious Stones. He governeth 26 Legions of Spirits; and his Seal is this, which is, etc”

“Stolas also called Stolos is the Thirty-sixth Spirit who is a great and powerful prince. He appears in the form of a mighty Raven, who also takes the shape of a man. Stolas teaches the ancient art of astronomy and herbalism. He inspires the magician the instinct of wort cunning, the art of the wise. Stolas governs 26 Legions of Spirits, who also teaches Astronomy. When one summons Stolas this spirit often appears in the black mirror as a Raven, which interestingly enough symbolizes Hidden Wisdom and the Darker Realms, thus one assumed as a God Form by invocation, allows a very interesting prose into the concepts of Astronomy and spiritual impulses of that particular Spirit.”

“Original Purpose: Teaches Astronomy and the properties of herbs and stones. “

“(68) Stolas is a great prince, appearing in the forme of a nightraven, before the exorcist, he taketh the image and shape of a man, and teaches astronomy,  and absolute understanding of the vertues of herbes and pretious stones; he has under him 26 legions.”

Priestess Akelta….He is a powerful teacher, preferring the outdoors and natural settings. He teaches astronomy, knowledge of poisonous plants, herbs and precious stones. He will also teach witchcraft and sciences of the natural world like biology and geology. I have found he is particularly fond of stone formations. The power of his sigil can also help one retain information and tap into the knowledge of the natural world with ease.