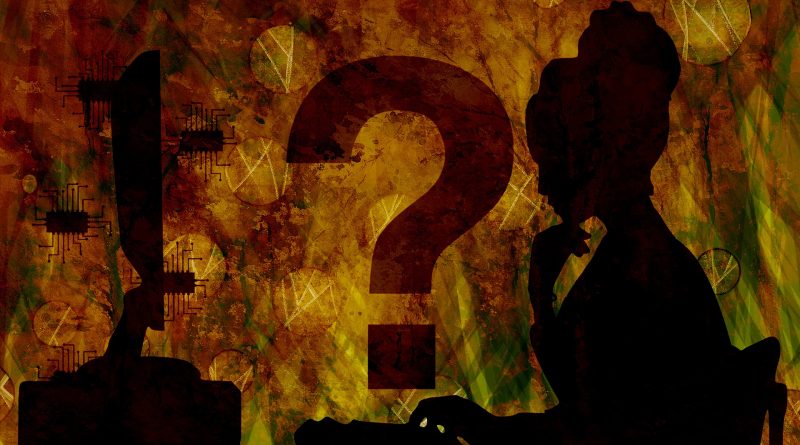 Apparently, the Outer Spiritual World is Fake.. and I made it all up… Well, that’s news to me 🤔

The Outer Spiritual World and the Inner Spiritual World are based on year upon year of spiritual exploration and discovery by myself and the Priestesses of the Coven.  It is based on our work with the spiritual world and I am going to say that if it was fake, or I thought it was fake, I would not spend so much time developing it, writing about it, exploring it, solving the problems that arise from it, and working to balance it to find a model that works.

I would not devote so much time to its development if I thought it was fake.

Those who accuse us of such things either hate us, don’t’ understand what we are talking about, or it just doesn’t resonate with them.

Some people just hate me and accuse anything I do of being fake, and no matter how much I put out there, I will always be fake to them. That is fine, Mammon always tells me that haters are your biggest fans, so I accept them.

For some, it is because they haven’t taken the time to research and they don’t understand. My friends have told me my theories are very complex and layered and it takes a bit for them to comprehend what I am talking about. I can see how someone who doesn’t understand the foundation of my work would not grasp it.

I had one friend who tried and would get confused every time I would talk about the layers of the Outer Spiritual World.  He tried very hard to understand, but it was clear that the model was not for him and no matter how much I tried to explain it to him, he didn’t understand.  There is no shame in this.  He was meant to walk a different path and follow a different model of the Spiritual World.  We all have what calls to us.

We have never been about forcing people to conform to what we believe, our model is out there to help people uncover what works for them.  We would never push our model on anyone, however, we are going to talk about it with joy and enthusiasm because it is our passion, but if it doesn’t work for you, that is awesome! In the end, we will all be guided to the path that works for us!

I have always believed that the spiritual world is big enough for everyone.  I also believe that the many theories that are out there help people to find what resonates with them and help them to find the path that calls to their hearts.  I will never demand that anyone believe what I believe, I think that is destructive and damaging to the self to force one’s views upon another.

The concept of the Inner Spiritual world and the Outer Spiritual World has been in development for many years.  We are working on refining it and bringing it to the public so that those who it resonates with can use it for their own spiritual practice and development.  It is based on our travels and working with the demons that we have connected with.

This path is very dear to my heart and it is something that I have invested a lot of time into.  Just because it is not fully understood doesn’t mean it is fake.  It also does not mean that I made it up.  We developed it based on our years of working with demons and traveling the spiritual world.  It is a fluid work that is constantly evolving and changing as our understanding of the spiritual world evolves and changes.  That is part of the beauty of discovery.  It evolves and it grows as we do, as does our understanding of the world.  It is my life’s work and it is something we are passionate to bring to the world.

I speak on Outer Spiritual World Demons because those are the demons I conjure and work with. Our work with them is different from others at times because we work within a different space and work with Outer Spiritual World Demons.  There are many layers of the spiritual world and this is the space we conjure from.  This information is based on our work and our years of experience working with demons.  I know that this work won’t be for everyone, but to say it is fake just because one does not understand it is sheer ignorance.

All new ideas have been met with criticism, I understand this.  Many great minds of the past, whose ideas are paramount to today, were met with intense criticism and attack.  In some cases, the Church destroyed the work of these brilliant minds… Galileo had to face the inquisition! It is scary bringing new ideas to the world.  You are met with criticism from those who do not understand and are attacked often by those who cannot understand what you are saying.  It takes bravery to bring something new to the world.

Our work is not for everyone, but for those of you who this resonates with I hope you enjoy the maps and information that we will be bringing to you.  We love what we do and we are going to continue to share discoveries made in the spiritual world.  This is our path and it is our passion.  The Outer Spiritual World is the foundation for our work and for me, it is VERY REAL.

For those who want to label what we do fake, I challenge them to focus on their own path. Let’s try to build each other up, instead of knocking each other down.