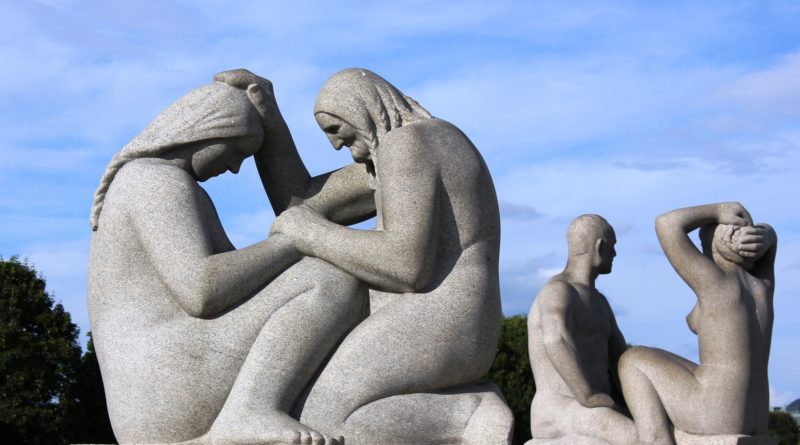 I remember a conversation with my mentor, we were talking about Evocation and he offered up his take on it. He told me that he hated the word Evocation, it had a very negative association to it and that it was attached to methods that involved commanding and forcing demons to comply with your will. He said that method did not sit well with him at all and he found it very disrespectful.

I don’t blame him either. Many of the archaic rituals are meant to command demons into a circle that is guarded by the Archangels or the holy names of those of the Abrahamic faiths. A lot of the old rituals are riddled with disrespect for demons, even at their base level of how they are crafted.

I remember before I met my mentor I felt this, at my core being I just knew how much demons despised these archaic methods. I knew this from passing moments talking to Lucifer and Satan, they had both mentioned things and Lucifer in one instance told me himself to trust what I was getting from the demons and that in my studies I was going to read horrors and that demons were not treated very well by the magicians of old. He told me things I came across were going to upset me, he was right….

My first Goetia I bought I read it and actually said out loud WHAT THE HELL IS THIS!!! I was horrified with the methods that commanded and controlled the demons, the language of these rituals did not sit well with me, nor did the implications of how they viewed demons. It did not resonate with me and my path at all.

One part that stood out was the Warning labels on some of these demons and how dangerous they were, even on some demons I had met previously that I found to be very kind and gentle. Honestly, I understand why there were warnings on some of them, if I was commanded in the way that these demons were and harmed with archaic tools like blasting rods, I would be angry too and rightfully so. I would have a huge warning label on me!!

There was also something else that really never sat well with me. The implication that demons were “lesser spirits” and that they are lesser then “God” who is seen as the Divine, and that you need “God” and the words of God to call forth the spirit and command them to appear. They are being compelled against their will to appear before you and do your bidding. This reduces demons to less then Divine which is something I completely disagree with. Demon are Divine beings themselves, they are the Dark Divine, the Demonic Diving, Demons are part of the darker shades of Divinity, so to use a light Divine being to call forth a Dark Divine being, and command them no less, never sat well with me, it was insulting as well in my eyes to what demons were and reduces them to less them divine.

In the past there was a huge devotion to the Abrahamic faiths and my personal belief is that many of the Magicians commanding the demons were protected from backlash so long as they followed things to the letter because just as demons are divine, angels are as well. You have a clash of divine energies trying to bring in enough light divine to overpower and dominate the dark divine, it can work for a time but that wears thin and eventually balance must be restored. It is like beating up someone on your turf with all your biker friends around, it doesn’t bode well for connections and the second you are alone, they can jump out and attack you back. It creates a hostile environment and is why many demons have labels on them that they are dangerous.

This is why Demonolators, Theistic Satanists and Demonosophers don’t have these issues because we do not take this hostile approach, we work with them, learn about them and respect them and seek to learn from them and honour them. There is no commanding, forcing and harming, just mutual respect and exchange of energies.

My mentor agreed, and he never used the word Evocation. From there we discussed invocation.

Invocation. Inviting them to join you. A much more favourable word, though at times we felt it wasn’t fully accurate in what we did. Invocation is were you call to them and ask for help and assistance. There are levels of Invocation. Calling to them and asking for assistance, through prayer, enn, ritual, you reach out to them, or simply offering worship, and honouring them through an offering of words.

Then there are other types of invocation where you invite them in you, to inspire and influence you shift your energies and thinking. You call them into your vessel. It can be a form of possession in some cases, where you invite the entity into you and offer up your being as a vessel, some cases people have no memory, lose self awareness, act as the deity and entity would, and even speak as they would. It is a fascinating event to witness.

Note** this is not to be confused with Transvocation, which is inviting them to join you in your body and share one mind. They do not fully overtake you like in channeling and possession, they share your thoughts and your mind melds with theirs and your thoughts are influenced by their experiences, personalities and wisdom. Trasnvocation is a more advanced skill because unlike in possession and channeling where you can just let go and surrender your consciousness, in Transvocation you have to stay there and hold your personality and stay focused on the task at hand. You have to have good mental mastery and discipline to attain this state as you have to stay focused, present, and also not allow their personality to take over to full possession. It is a rewarding state to attain though, also as with anything, any beings you transvocate with make sure you know and trust them well and have taken the time to develop a relationship.

Demonosophers see Demons as the Dark Divine beings they are. I used the concept of Demons being the Dark Divine when I re wrote my ritual for inviting them to join me. I took the old hermetic ritual and re created it with the notion of created a sacred space for them, inviting them to join me in that space and honouring them. I set it up so that the circle which was our focal point and the boundaries of sacred space were guarded by the dark lords and that the energy was shifted to make them more comfortable. I lit candles, offered things I got impressions they liked and worked to create a space to honour them and invite them to join me in sacred space to honour them and show them I appreciated them and adored them. My mentor liked my method and he told me what he called working with them.

He said he always Sought Council from them. They were incredible divine beings, and when he would work with them he would seek their council and guidance and honour them with offerings and appreciation. That became the words we used we discussing our interactions with them.

“Tonight I am seeking council with Lord Mammon”

“Tomorrow I am seeking council with Lord Paimon “

It is a way I see to honour them and also show that I appreciate what they share with me. I value their words and the interactions that we share, what they reveal to me is greatly appreciated and it goes well with the Demonosophy philosophy of walking with demons with respect and appreciation.

When I prepare the space for seeking council with them I like to make it comfortable, a place we can bond and talk, a place that is designed to honour them and also stimulate the mind and the creative centres of the brain and open up the energies to allow it to flow. The preparation work for connection is very important. I daily work on my spiritual foundation grounding, shielding, warding, cleansing, focusing and mental mastery, there foundational tools also show respect for ones practise and also allows you to cleanse your space of unwanted energies and create an atmosphere that is clean and honours demons. I approach demons clean. I always bath before approaching them and also try to eat as clean as I can.

Then I will chant their enn to vibrate the space with their energies. I will adorn the space with their sigil. Have candles, incense and offerings they like, Music that they like which sets the mood and offer then their favourite tea. Tea is ceremonial in a way, there are ancient methods of tea preparation that are incredible and when you offer tea, it is a sign of great respect and an invitation for them to join you. Tea has incredible ceremonial uses and is something that we honour greatly in Demonosophy. Demons love their tea too. Many of us to walk with demons know this, Anatel was inspired to offer a cup of tea when first working with Lord Mammon, it is a sign of welcome and respect. I do take the time to find out what Tea demons like and offer it to them, they really appreciate it. Once the space is created to honour them I enter the meditation state and say words like….

“Lord Mammon, I wish to seek council from you and hear you divine words of wisdom, I ask you to please join me in the ritual space.”

Sometimes, I just want to give them offerings and let them know I adore them and appriciate them. I call these times “Joining me in Sacred Space” I prepare an altar in the same way above, and I give them an offering and just invite them to join me. There is a very powerful and positive exchange with just showing appreciation and honouring one who you adore without expecting anything in return. It can be a beautiful, empowering and bonding experience.

These are two phrases I like to use to describe my interactions with demons. Seeking Council, and Joining me in Sacred Space.

2 thoughts on “Seeking Council with Demons”